In the event of a road collision involving at least one vehicle and one injury, there is a requirement in the UK to report to the police within 30 days. The data are called “STATs19” after the form on which the data are collected, and are made available as “Open Data” for anyone to analyse.

This immediately raises a number of points:

In other words, when we analyse these STATs19 data we are not analysing road collisions. We are analysing an administrative process; police records of collisions which were reported to them. There is a huge gulf between the real world and these records. This does not imply malfeance; it is an inevitable result of any attempt to quantify the real world. 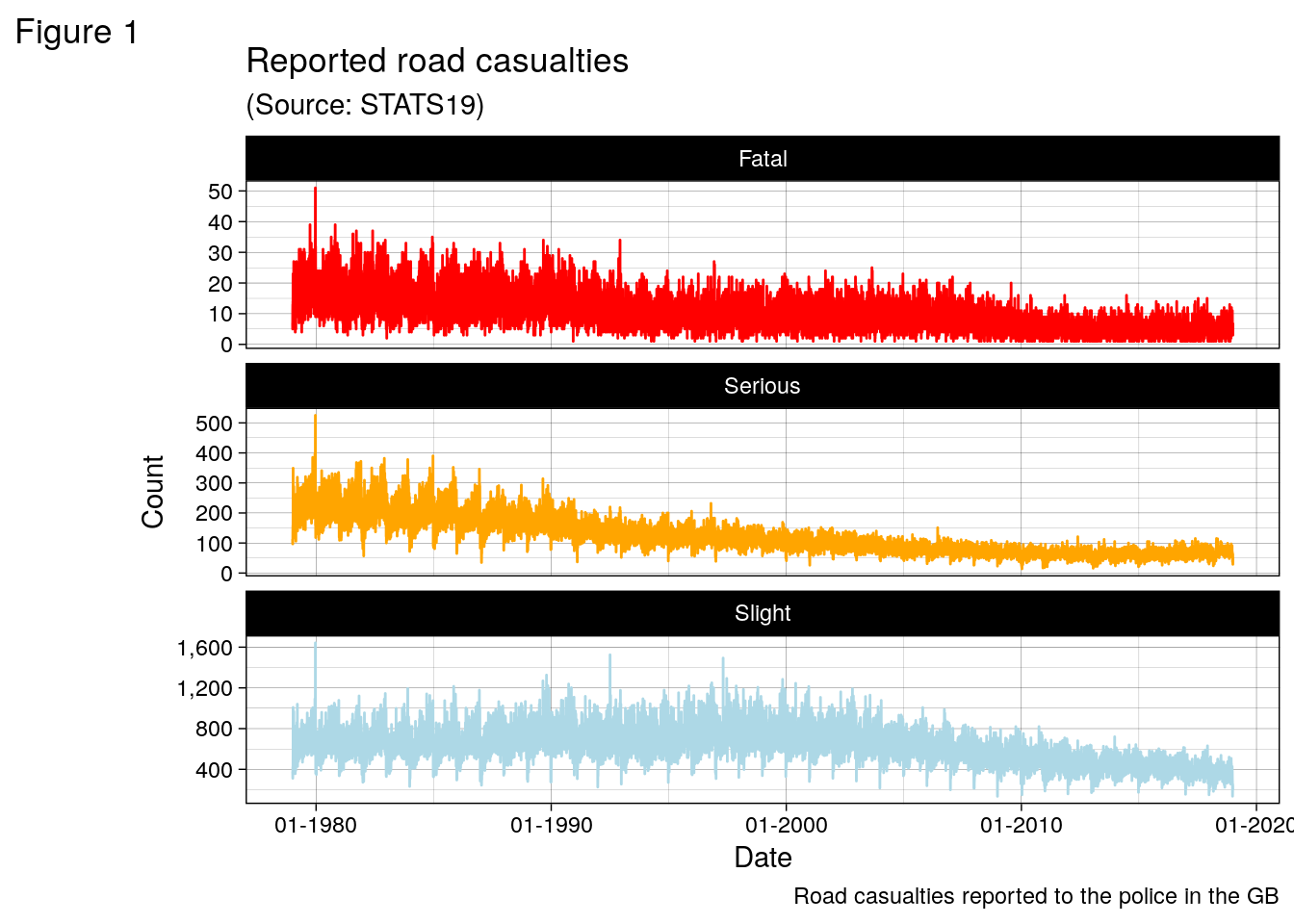 A few things are clear from Figure 1. 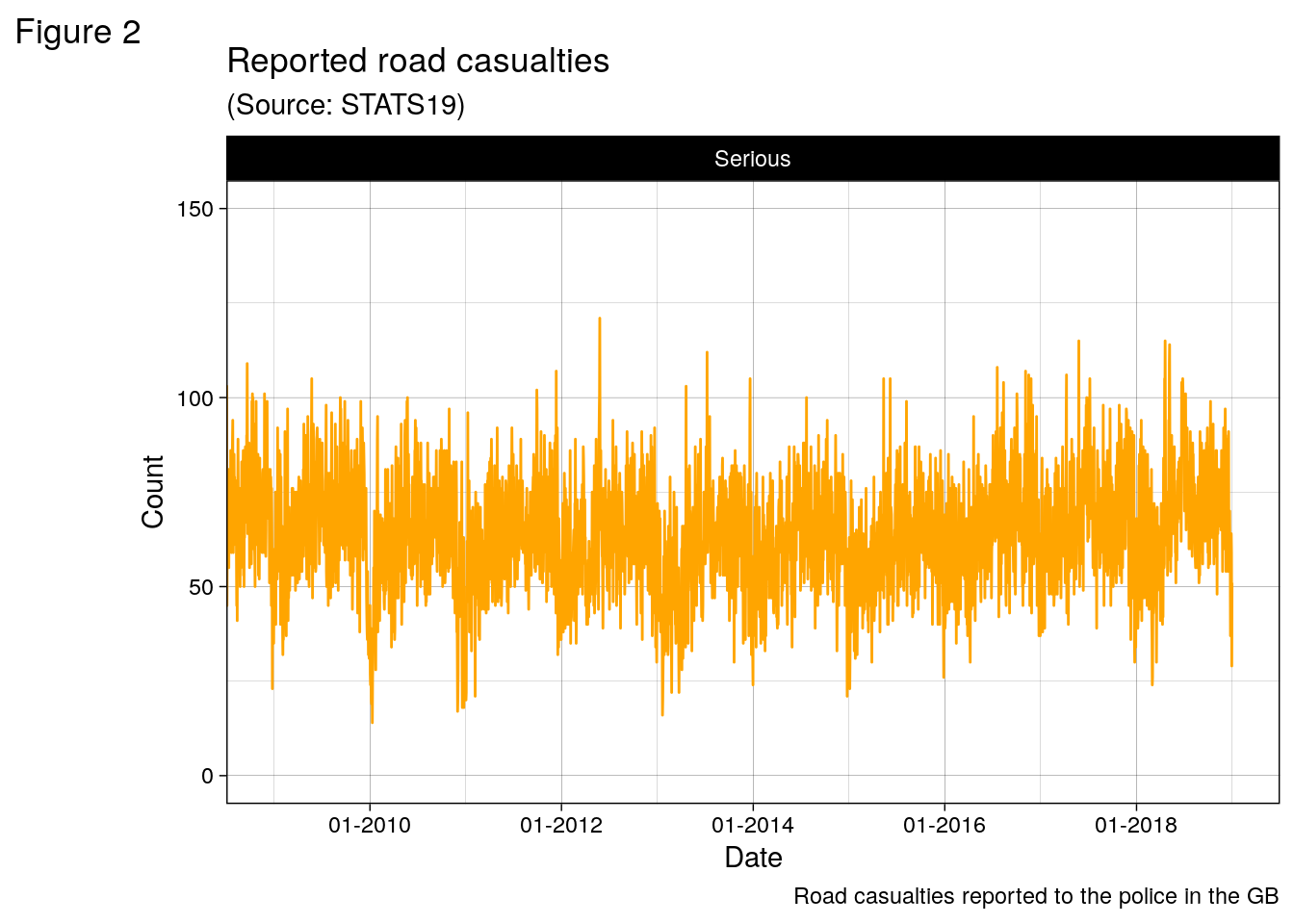 So, an obvious question is what is happening and why. A decrease in casualties sounds like a good thing; however if this is happening because less people are walking and cycling this is not a good thing - the health disbenefits from an inactive lifestyle might be more important than the lifes saved through injury reduction. It does however seem likely that road design standards have gradually improved since 1979 and certainly car safety has improved - from compulsory seat belt wearing through to air bags and safer cars. All of which sounds entirely reasonable, but begs the question: why has the number of seriously injured casualties been increasing since 2013. And there are many possible explanations:

And there we are. The data can’t tell us anything actionable. There is no clear insight we can develop from these data, as presented here. We could rule some suggestions in or out with closer examination of the data. But some suggestions seem very difficult to explore. In part, this is always a problem with observational data, especially when those data are a byproduct of an administrative system. But the aim of this blog is to revise and explore these questions.