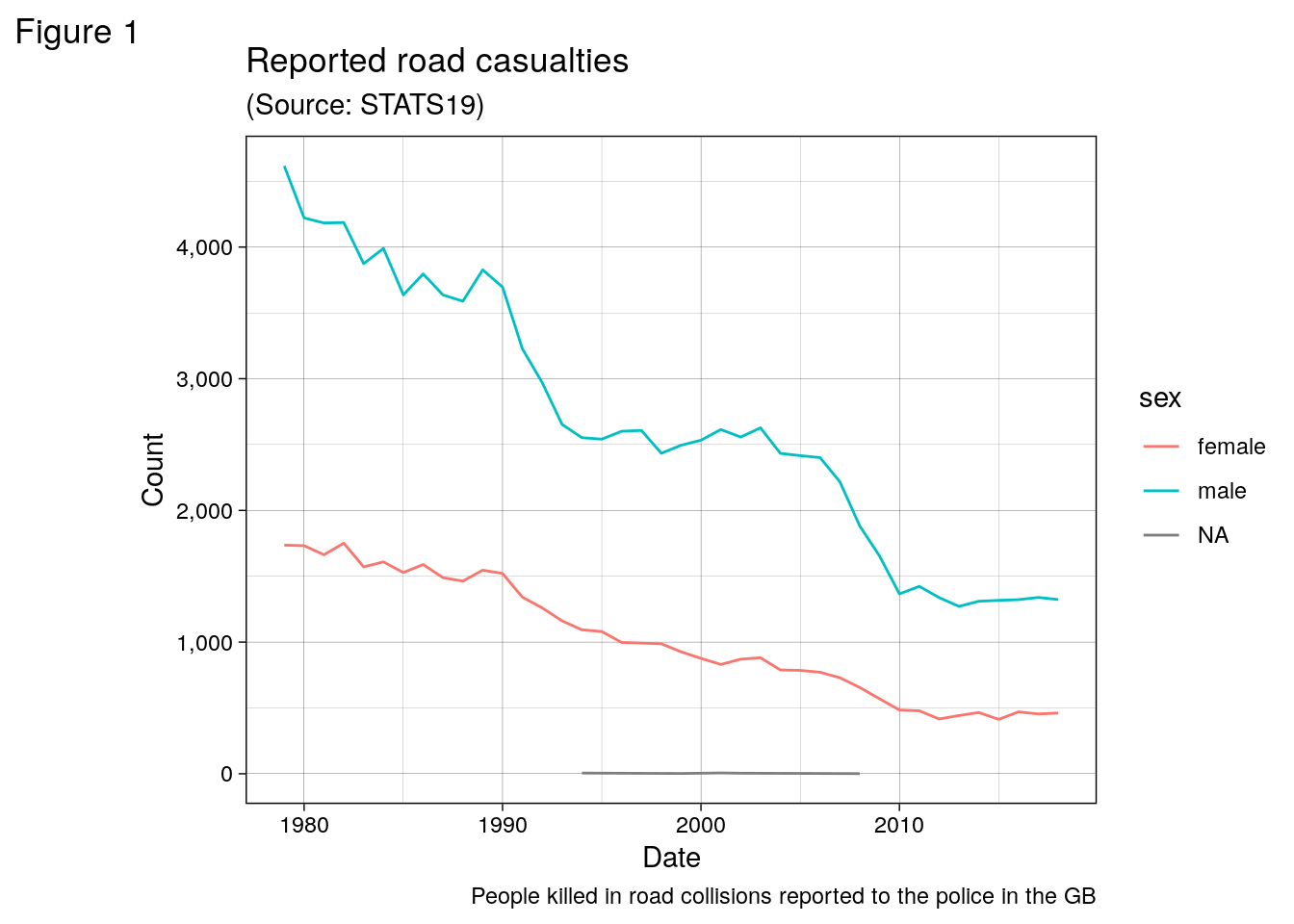 In total, over the four decades for which we have data (1979-2018), 147,562 fatalities have been reported to the police. Whilst it is the case that the number of reported fatalities has reduced considerably:

In medicine, it is standard to provide context to disease burden by estimating not just the number of deaths, but the numbers of years of life lost. An approximate method has been used to estimate this. Life expectancy tables have been taken from the ONS, and matched to the epoch, age and sex of each reported road fatality. For the year 1979 the life expectancy figures for 1980 were used. For collisions prior to 1985, individual ages were not available, only age bands and the mean age for each age band from 1985 was imputed as to provide an estimate of age prior to 1985. Consequently, an estimate of the total years of life lost due to road collisions can be estimated. 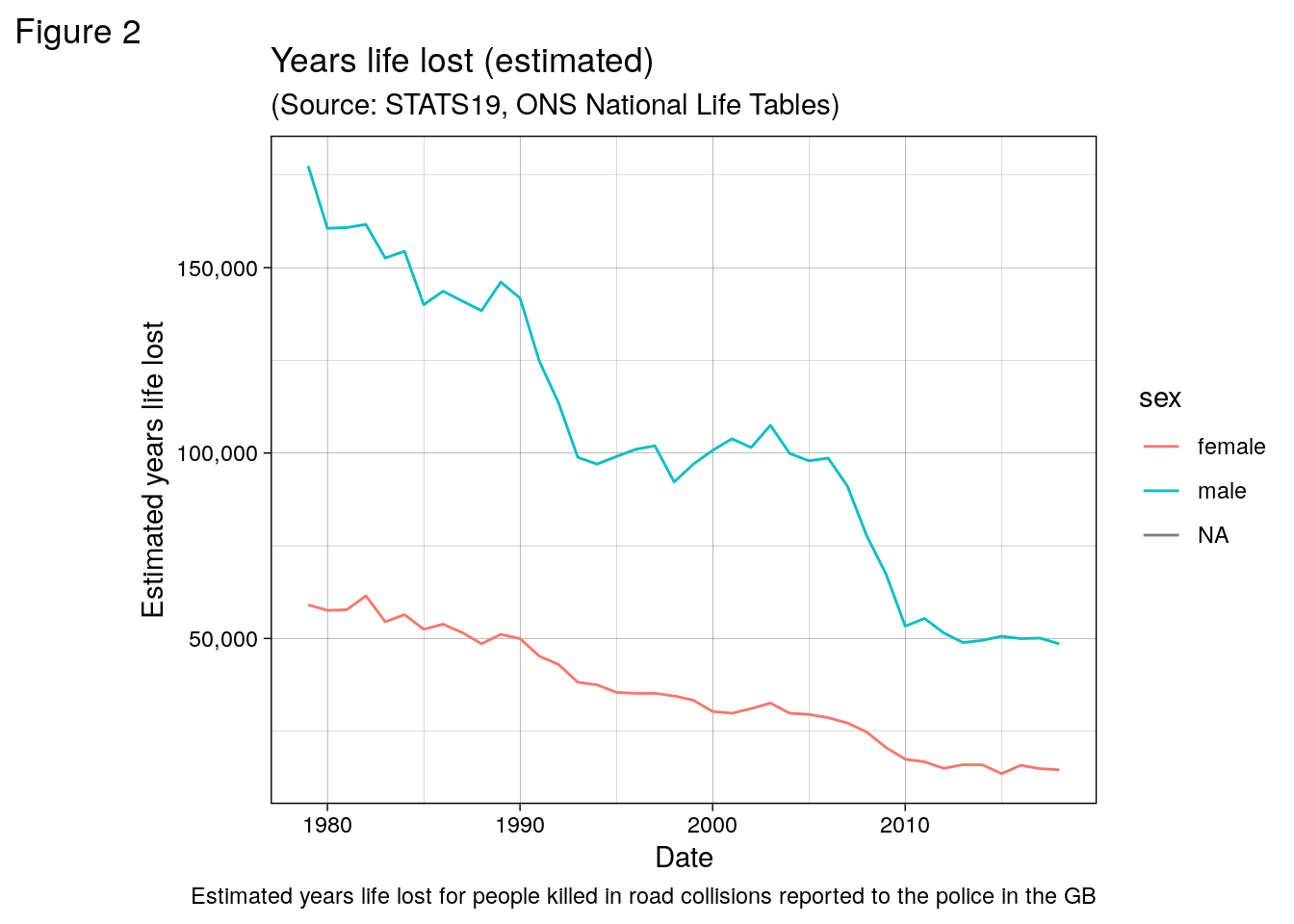 In total, over the four decades for which we have data (1979-2018), based on road collisions reported to the police we can estimate that 5,564,431 years of life have been lost. Again, we note that this number has been declining. But again, we note that in 2018, the most recent year for which we have data, 63,136.12 years of life were lost due to road collisions.